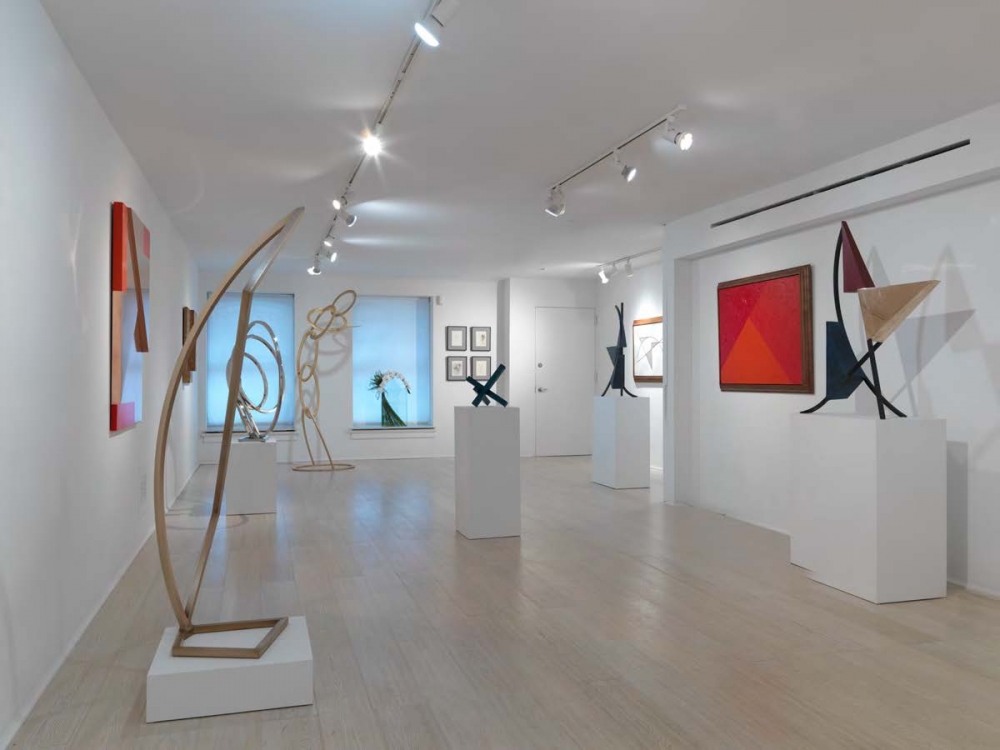 Arthur Carter was born on December 24, 1931, in New York City. Trained as a classical pianist, he continued his studies in French Literature at Brown University in 1953. After a career in investment banking, Carter founded The Litchfield County Times in 1981 and the New York Observer in 1987. Over time, Carter began to convert the grids and shapes associated with the printed page from its two dimensional layout to the third dimension, using steel and bronze to explore geometric relations in space. Arthur Carter’s career as a sculptor became the latest major statement of his polymath proclivities, with a number of sculptures on permanent public display and included in major private and public collections including along Park Avenue in Manhattan, at the United Nations, on both the New York University and George Washington University campus, at the New Milford Hospital, among others. Arthur Carter has been a featured solo artist at many galleries, including the Tennessee State Museum in Nashville, the Grey Art Gallery and 80WSE at New York University in New York City, The Southampton Art Center, Boca Raton Museum of Art, Galerie Piltzer in Paris, and the New Britain Museum of American Art in New Britain, Connecticut. He lives and works between New York and Connecticut.

Bronze, with red and blue patina