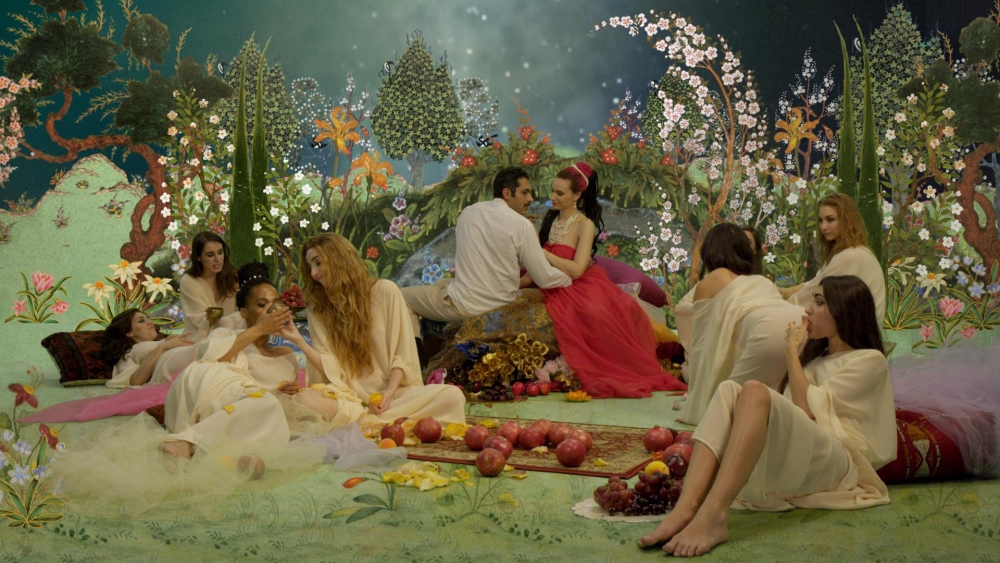 Shoja Azari was born in Shiraz, Iran in 1958. As a teenager, Azari experimented with short films, and after the 1979 Islamic Revolution involved himself in underground culture – literature, theater, and politics. After moving to New York in 1983, he received a Master’s degree in Psychology from New York University. He met artist and filmmaker Shirin Neshat in 1997, and they have developed a body of collaborative work, which includes video installations, short films and a multimedia theater piece.

In his work, Azari confronts broad themes of gender, politics and piety, drawing inspiration from and re-interpreting religious icons. While collaborating with Neshat on a wealth of film and video projects, Azari created experimental and art house films, including an adaptation of Franz Kafka’s work, called K (2000) and a series of short films, Windows (2005). Windows premiered at the Tribeca Film Festival, bringing him into the public eye. Azari and Neshat’s film Women Without Men won the Silver Lion for best director at the 2009 Venice Film Festival. Azari has since developed a style of “video paintings” that combine media to produce a unique three-dimensional effect. He has partnered with artist Shahram Karimi on a variety of multimedia projects.

Fanatics of Tangier or The Muslim Rage, 2013

The Snake Charmer or The Anatomy of the 21st Century Savage, 2013

Oriental Interior or Bunnies R Us, 2013