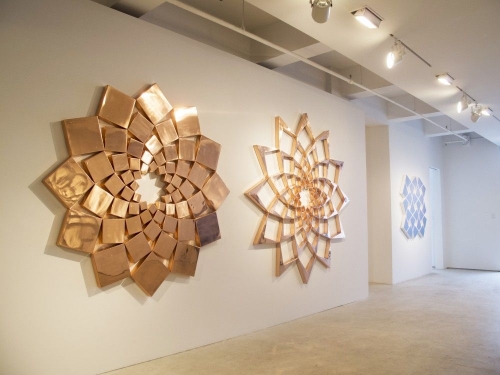 Born in Iran in 1952 to American diplomats, Steven Naifeh lives and works in Aiken, South Carolina. During his childhood – spent throughout the Middle East, including Iran, Iraq, Jordan, and the U.A.E. - Naifeh became enamored by the beauty of the geometric shapes and patterns that decorated everything from the textiles to the buildings of the Islamic world. Naifeh also became interested in the mathematical basis of these shapes, and has adapted those ancient formulas to modern purposes in conceiving his geometric, often large-scale works.

Ajlun I: Black Pearl and White