Leila Heller Gallery Dubai is pleased to present a solo exhibition by Iranian-American artist Afruz Amighi, Mångata, on view from April 29th – June 15th. It is fitting that Amighi titled her upcoming exhibition with the Swedish word “Mångata”, a word that has no direct English translation. Instead it is a description of the glimmering, road-like reflection that the moon creates on the water - which acts as an invitation to consider how reflection and light create key experiences within this body of work. In this context, essential aspects of Amighi’s creative practice come to the fore. Her use of cast shadows direct what becomes illuminated with installations that allow for intimate experiences with the viewer. Innovative objects and shapes emerge from material that surpass their modest origins playing on the brilliance of what glistens when it gets touched by light.

In an earlier body of work, Amighi used woven polyethelene, a material used in the fabrication of tents in refugee camps, to create patterns borrowed from mosques and palaces that, upon illumination, created a wall of shadows. The work dealt with the issues of displacement, as she explains, “I was absent from the upheavals that shaped the course of events for my family, the revolution, the Iran-Iraq war, and yet I was so intimately affected by the psychological ramifications of those events. As a result I experienced this fixation with themes that were at once proximate and distant.”

Since then, Amighi’s sculptural practice has undergone a significant change through the introduction of 3-dimensionality permitted by an expansion of her artistic practice through new skills in welding and her use of common material such as chains, steel and mesh. While she previously foraged for discarded objects, scavenging for the forms of her imagination, this new technique allows her a certain conceptual freedom whereby she can weld any size and shape together with her own hands.

Amighi is drawn to architectural structures that have been repurposed over time. One such example can be seen in Nameless, a work that was inspired by the Mosque-Cathedral of Cordoba. Originally a Visigoth temple turned Moorish mosque, it was later split into two separate halves whereby one side acted as a cathedral and the other as a mosque. The Mosque-Cathedral of Cordoba’s transformation continued over centuries, seeing it fully converted back to a mosque for a brief period until it was repurposed once again to act as cathedral, where it currently stands. The structure’s context as a house of worship for so many people is embedded in the layered traces of its architectural remains. Amighi’s work becomes a provocation for the viewer to reflect on the common ground of human experience amidst differences. As she explains, “For me these structures are nearly all abodes. Whether they reference cathedrals or mosques, tombs or shrines, they are places of refuge, solace. They are idealized homes I build for myself to live in for a time, and then walk away from.” This idealization in her work speaks to the underlying utopian project in her practice. Whether it is a discarded utopia, Islamic Ummah, or Marxist ideas, Amighi uses her structures to investigate the ways in which society has used architecture to come together throughout time and space and to produce manifestations of these dreams. For Amighi, it is not the success or failure of these projects, but rather an exploration of the imperfections and blemishes amidst moments of luminosity. 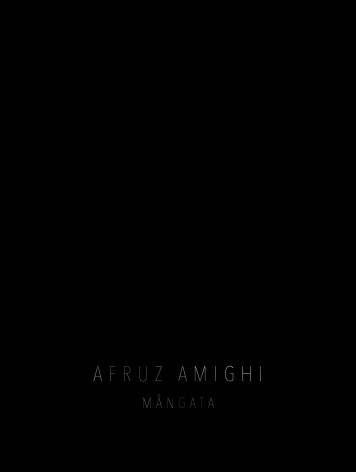