Leila Heller Gallery, formerly known as LTMH Gallery, is expanding to Chelsea to a 3,500 square foot ground floor space at 568 West 25th Street between 10th and 11th Avenues. The space, in the heart of Chelsea’s gallery district, will be designed by the New York City based architectural firm Hariri + Hariri. Leila Heller Gallery will launch an ambitious program of contemporary exhibitions in the new Chelsea space, while focusing on 20th-century work at the Gallery’s current uptown space at 39 East 78th Street between Madison and Park Avenues.

The inaugural Chelsea exhibition, Firooz Zahedi: Elizabeth Taylor in Iran, on view from September 22 - October 29, 2011, will present forty extraordinary photographs that reveal an insider‘s look at Zahedi’s experience of traveling with the screen legend to Iran in 1976. The series includes stunning images of the late icon posing in odalisque costumes and fashionable chadors. An opening reception will be held in Chelsea on Thursday, September 22, from 6 to 9 p.m.

The photographs in Firooz Zahedi: Elizabeth Taylor in Iran were recently on view at the Los Angeles County Museum of Art(LACMA) from February 26 - June 12, 2011, and have been loaned by LACMA to the Gallery for this exhibition. Before the exhibition at LACMA opened, Elizabeth Taylor said, “Seeing these photographs brings back fond memories of my visit to Iran, a country blessed with a rich and colorful culture that dates back many centuries.” The exhibition is accompanied by a catalogue with an essay by Linda Komaroff, Curator of Islamic Art and Head of the Department of Ancient and Islamic Art at the LACMA.

Today, Zahedi lives in Los Angeles and is well-known for his portrait work for major publications such as Vanity Fair, Town&Country, Esquire, InStyle, and Time. He started his career in photography in New York during the mid-1970s working with Andy Warhol and Interview. 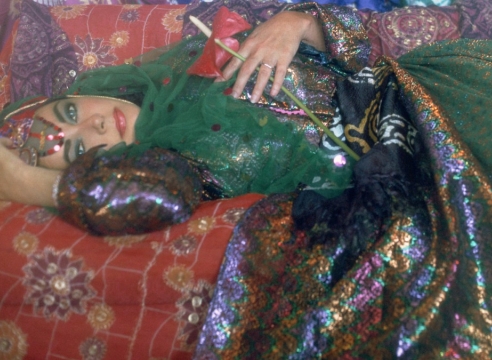 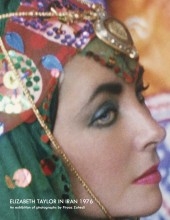