Thirty earthworks created between the early 1960s and 1980s by the late Iranian-Armenian artist Marcos Grigorian will be on view at Leila Heller Gallery Madison Avenue space from September 27 through November 25, 2011. Marcos Grigorian: Earthworks is the artist’s first solo exhibition in New York City since 1985 and marks the first solo show of the artist’s work since his death in 2007. The exhibition is accompanied by a fully illustrated catalogue with an introduction by Fereshteh Daftari, New York-based independent curator and former curator at the Museum of Modern Art, New York.

In the 1950s, Grigorian created a monumental mural!titled “The Gate of Auschwitz” consisting of 12 canvases at 6x10 feet each. Deeply immersing himself into the work, and the horrific nature of the theme, Grigorian in the early1960s radically changed his concept of art, beginning his series of “earthworks”, canvases and multimedia pieces using dirt as its primary medium. Years ahead of his time, Grigorian’s experimentation with earth, straw and paint predate later pieces by American, European and Japanese artists.

Over the course of thirty years, Grigorian formed a significant collection of abstract works largely fabricated by earth media. Using soil, straw, and wood bounded by polyester and paint, the artist created a multitude of two-dimensional reliefs which curator Donna Stein aptly describes as “small capsules of the landscape.”

For instance, Midsummer Night #10, 1991, on view in the exhibition is little more than straw compound on a black canvas. Yet in its simplicity, it emulates the night sky meeting the earth below. Grigorian’s use of straw is a direct celebration of the land.

Creation of the Planet, 1963, made of swirls repetitively indented into soil compound on canvas, exemplifies Grigorian’s tendency to characterize his works with bold textures offset by subdued, almost monochromatic, earth tones.

Beyond earth matter, the simple geometric square is also a signature motif of Grigorian’s work. Not only did he use the square as a framing device but also he repeated squares throughout his work. An iconographical symbol of the earth, it is of little surprise that Grigorian felt the square connected so deeply with his work.

Grigorian was born in Russia in 1925 to an Armenian family who immigrated to Tehran in 1930. After graduating from the Academia di Belle Arti in Rome in 1954, the artist returned to Iran to teach at the Fine Arts Academy in Tehran, subsequently becoming a crucial and influential figure in the Iranian modern art scene. Grigorian’s work is now a part of major collections including those of the Museum of Modern Art in New York and the National Gallery of Armenia. The artist passed away on August 27, 2007, at the age of 82. 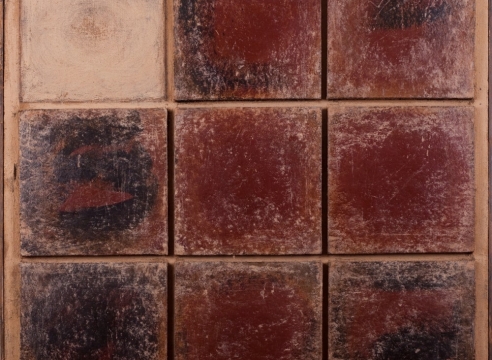 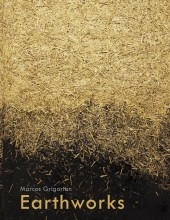