Leila Taghinia-Milani Heller (LTMH) Gallery presents a new series, Entropy by Pouran Jinchi from November 17 through December 23, 2010. Consisting of twelve paintings, this exhibition explores the visual notion of chaos and disorder. Jinchi’s Entropy series, is composed of intricate layers of calligraphic forms and markings, which develop organically in volume and balance along the surface of the canvas. Her work suggests a mixture of calligraphy and abstract expressionism, succeeding in combining the realizations of her Persian heritage while simultaneously highlighting  contemporary aesthetics. A fully illustrated catalogue will accompany the exhibition.

Born in Iran, New York based Jinchi employs the use of language and delicately yet poetically deconstructs the Farsi script to its most basic elements: single letters represented simply by their  forms. A true reading is rendered impossible, and the viewer is left with floating characters and arrangements of individual letters. Throughout her practice, Jinchi utilizes her knowledge of  calligraphic forms, blurring the lines between the legible and illegible. Her work incorporates aspects of a painterly script with a range of strokes and gestures, and the masterly detail of the brush.

Entropy, the tendency for all matter and energy in the universe to evolve toward a state of inert uniformity is the reference Jinchi makes throughout this series. The works resonate a sound and  energy of colour and vibrancy – an entropy of unreadable text accompanied by a soothing palette. Each work tends to either build up towards a crescendo of reverberation or an enveloped surface of random disorder. She explores various styles and themes retaining her calligraphic background and skillfully combines it with abstract expressionism resulting in paintings that purely pulse with movement. Her work follows a consciousness which respectfully acknowledges both past and present artistic production and social thought, all the while keeping in mind the movement of poetry and sound.

Jinchi studied painting at the University of California, Los Angeles in 1989, followed by studio painting at the Art Students League in New York in 1993. She has exhibited extensively with shows throughout New York, Japan, Germany, and the United Arab Emirates, and her work has been acquired in public collections at the Federal Reserve Bank, New York; The Arthur M. Sackler Gallery, Smithsonian Institution, Washington, D.C.; and the Brooklyn Museum, New York. Jinchi recently exhibited in New York at the Brooklyn Museum’s exhibition Light of the Sufis: The Mystical Arts of Islam; Tarjama/Translation at the Queens Museum of Art and Iran Inside Out at the Chelsea Art Museum. 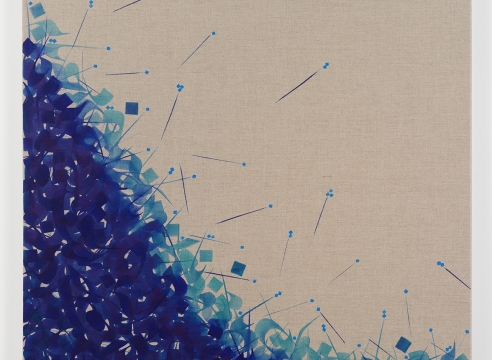 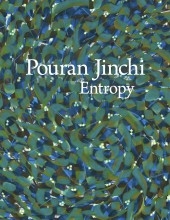