Leila Heller Gallery is pleased to announce Reza Aramesh’s first New York solo exhibition with the gallery. In Friday April 25, 2003 at 07:55 Aramesh presents a continuation of his Actions series through sculptural pieces, large-scale photographic collages and one neon work. As an ongoing investigation of mass media imagery, particularly of recent wars and armed conflicts, Aramesh introduces “Actions” in which he explores factual and psychological dimensions of the recorded events.

The title of the exhibition Friday April 25, 2003 at 07:55 is a reference to a particular occurrence witnessed by two Norwegian journalists, Line Fransson and Tomm Christiansen, covering the war in Iraq: four Iraqis being paraded through Baghdad naked. Having accused them of robbery, US soldiers stripped them, burned their clothes, and forced them to walk in complete nudity at gunpoint. The report was first published in Dogbladet newspaper, which helped to shed light on enforced nudity as a form of humiliation and punishment by American solders in Iraq.

If the two journalists had not taken this particular route, the event would have remained unrecorded. Reza Aramesh is deeply fascinated by the casual way in which the dramatic imagery that he is now using came about. Aramesh extrapolated from the narrative the piles of clothes, which he reimagined and turned into sculptures. He chose the material of porcelain because, requiring firing, it embodies an important aspect of the event, the setting on fire of the clothes. Furthermore the fragility of the material may remind the viewer of the vulnerability of the victims whilst the preciousness of its appearance takes up a concern informing many of Aramesh’s earlier works, that is, the interrelation of wealth and military power.

In his collage pieces Aramesh superimposes found imagery on silhouettes of crouching prisoners blown up to an over life-size scale. Drawn from a variety of sources, the images do not amount to one clear or homogenous message but they do enrich and inflect the meaning of the overall shape of the collages, implicative of suffering and subjection. Mounted at a distance from the background, the shapes create deep shadows around them, which increase their emotional impact.

In Gallery II, which has been darkened, Action 143 Neon is installed. The work consists of a florescent tube in the shape of the silhouette of a kneeling prisoner. As the front surface of the tube has been blacked out its shape registers principally as a halo on the wall accompanying the black line hovering before it. This image of suppression is at the same time reduced to its mere essentials and infinitely evocative of human beings’ ability to dispense and to suffer oppression.

Reza Aramesh was born in Iran, currently lives and works in London. His work is included in many public and private collections worldwide. He has exhibited his works in many cities around the world including France, China, Dubai, and Israel, the UK, and US. He has orchestrated a number of performances and exhibitions in various institutions including the Barbican Centre, Tate Britain and ICA, London. Other projects have been staged in public squares, nightclubs and industrial warehouses. Recent exhibitions include At 11:08 March 14, 2006 Sazmanab/ab-anbar Center for Contemporary Art, Tehran (2014); The Whistle of the Souls Warehouse No. 18, Dubai (2014); His limited edition publication Centerfold is an ongoing collaborative project, which has involved over a hundred artists to date. His video work Action 141: Not What Was Meant will be featured this year at the 56th Venice Biennial 2015.

For press inquiries Please contact J.A. Forde at 212-358-9516 or leilahellergallery@companyagenda.com 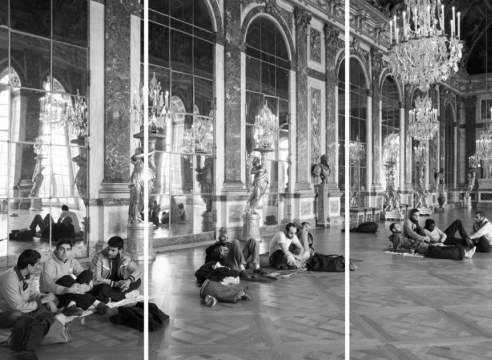 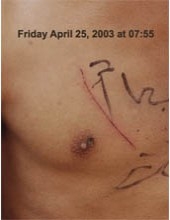