‘The cold earth slept below/ Above the cold sky shone; And all around/ The breath of night like death did flow’ Percy Bysshe Shelley (1792-1822)

New York, NY—Leila Heller Gallery is pleased to present a collaborative exhibition between filmmaker Shoja Azari and painter Shahram Karimi, on view from February 18th to March 26th, 2016. The Cold Earth Sleeps Below features eleven of the artists’ unique, hallmark video-paintings, portraying and exploring humanity’s relation to the natural landscape. The exhibition takes its title from the work of English poet Percy Shelley; the artists seek to revisit, in their own words, the contemporary relevance of “the paradoxical notion of beauty and the sublime that the Romantics fought to free from the clutch of utilitarian materialism, egoism, and the rational mind of the 18th century”. A catalogue with an essay by Phong Bui will accompany the exhibition.

Beauty betrays; yet its seduction remains as compelling as its deception. In the hypnotic, shimmering collaborations between Shoja Azari and Shahram Karimi, a deep suspicion of the beautiful reveals disaster below the surface of the idyllic: a terrible sublime. For each composition, the painted canvas, layered with elements of relief texture and written text, mirrors the video image; according to the artists, their cooperative “artistic intervention attempts at thwarting or enhancing the perception of the neglected.”

Taking as its point of departure the idiom of landscape as a medium as much as a genre in visual culture— a social hieroglyph mediating larger social values and literalizing the naturalization of societal conventions—The Cold Earth Sleeps Below dismantles the scaffolding of the beautiful. For the six large-scale tableaux in the installation in the main gallery—each animated by the palimpsest of a video projection—the artists have culled found images from the popular imagination of serene, natural landscapes: an aerial vision a cherry orchard, a soothing view though dark grove of trees, a scene of a field of flowers delicately rustling in the breeze. Dreamscape I-VI, compelling their formal, synthetic beauty, evince the anthropological gaze of the natural as harmonious, sedate, governable: gestalt tableaux which suppress as much as they espouse.

For Azari and Karimi, however, as for Shelley, the beautiful is not a placid or comforting manifestation of equilibrium, symmetry, or harmony, but a violent, visceral experience of awe, even terror. Accompanying these six larger works are five smaller pieces, also multi-media projections on paper, hidden, almost concealed, in a large black viewing installation at the far end of the gallery space. These works, immured in a structure non-unlike Marcel Duchamp’s site specific Etant Donnés (1946-66), are only available to the spectator through small slits in the voyeuristic apparatus.

And what they reveal to the unsuspecting spectator is no less than a scandal. Consequence I-V play upon an intimate logic of concealment and reversal, presenting contrapuntal images of the frightening power of natural disasters: a glacier slowly melting into the ocean, a forest fire scorching the earth, the unbridled force of a wave on the verge of a tsunami. What is evident is not only an aesthetic critique, but also a deep concern for environmental devastation. As the artists state: “With the continuing arrogance, objectification, and destruction of nature since the Industrial Revolution, we believe that man might have arrived at a point of no return. Nature is rebelling and with it is unleashing its great powers of awe and terror. The future of our species, and that of others, is unknown.” The beautiful here is not serene, but sublime.

About the artists
Shoja Azari (b 1958, Shiraz, Iran), filmmaker, and Shahram Karimi (b 1957, Shiraz, Iran), painter, although childhood friends, first collaborated in the early 2000’s in London and New York. Their collaborative work has been featured at Mana Contemporary, Jersey City, NJ (2013); with ArtAngel, London (2002); and in numerous galleries and festivals in London, Rome, Belgium, and New York.

Azari utilizes new media and film to confront themes such as gender, politics, and intercultural prejudice, mining visual culture to expose the boundaries of contemporary ideology. Azari’s work includes a series of short films, Windows (2005), which premiered at the Tribeca Film Festival. Azari’s film Women Without Men, co-directed with his wife, Shirin Nashat, won the Silver Lion for best director at the 2009 Venice Film Festival. His work has been featured at the Cité Internationale des Arts, Paris (2012); Haus der Kulteren, Berlin (2010); ICA, London (2010); MOMA, New York (2010); Centre Pompidou, Paris (2009); and the Havana Biennial (2009). He lives and works in New York.

Karimi, both painter and poet, employs an evocation of nostalgia to explore the dilemma of a bicultural Iranian subject, wedding his personal memories with a contemporary form, composing in Farsi verse as completes his paintings. Karimi’s solo exhibitions include the Museum Sieburg, Germany (1998 and 2010) and Leo Castelli Gallery, New York (2008). He has participated in group exhibitions at Chelsea Museum of Art, New York (2009); the Iranian Cultural Center, Los Angeles (2003); and the Istanbul Biennial (2003). Karimi lives and works between the United States and Germany. 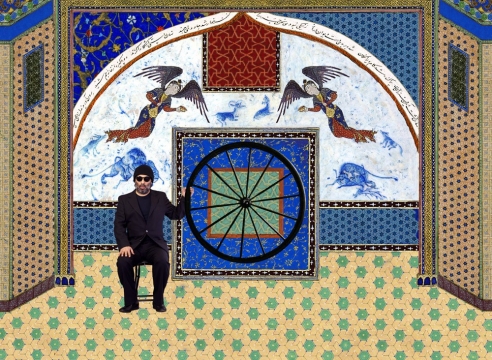 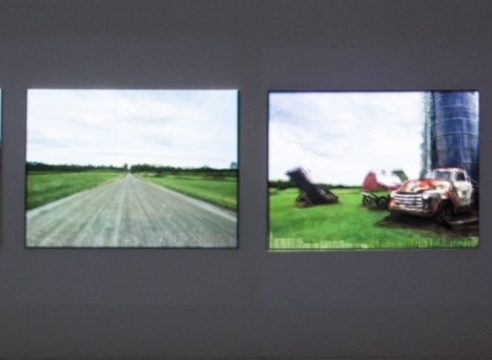 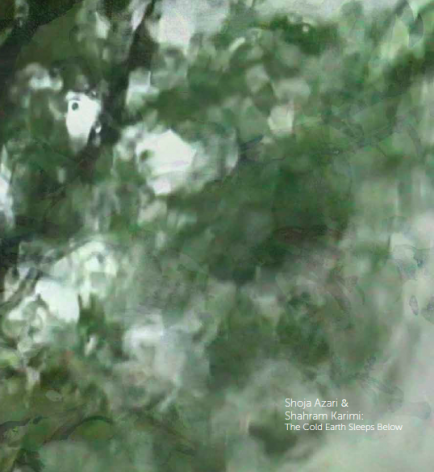 Two faces of the natural world