We are pleased to announce the solo exhibition of contemporary artist Soraya Sharghi, titled Out Of Realm at Leila Heller Gallery in Dubai.  In a bold display of color and concept, Soraya’s show looks to navigate the role of power in society, exploring themes regarding the function of icons.

What does an icon look like in the 21st-century? Artist Soraya Sharghi answers this question with one answer: “Power. To me, they are powerful -- the battle to gain power, and to win it back once power is lost.”

Born and raised in Tehran,  Soraya achieved a bachelor’s degree in painting before moving to the United States for her master’s degree.  Now  based in New York City, she credits much of her career to her education and aesthetic experimentation during this time.

As a Persian artist, her culture is of great import to her work — she proclaims with unwavering pride her passion for Iranian poetry; specifically, in the great epic poems one might liken to Homer’s The Iliad or Dante Alighieri’s The Divine Comedy. Yet, poetry, for Iran, is far more significant than in the West, as, for the nation, poetry records realized history, such as The Shahnameh, or “The Book of Kings,” which details the creation of the world and establishment of Persian society. Of most significant import to the Shahnameh, the most important written work in Iranian history, in Soraya’s works is the iconography behind each heroic narrative. She does not see her process as emulating the scenery of these tales, but instead molds them to serve her purpose. Influenced by Joseph Campbell’s writing on the hero’s journey, «is the common template of a broad category of tales that involve a hero who goes on an adventure, and in a decisive crisis wins a victory, and then comes home changed or transformed.»

For Soraya, these epic works provide creative fuel, for what poetry lacks is the ability to display what these mythological figures might have resembled all those years ago. It is within this absence where her works find form, then. Across the paintings shown in this exhibition, the viewer will encounter what artist Soraya Sharghi refers to as her “icons” — unashamed in their femininity, uninhibited in their color, and immense in size. Powerful beings placed within technicolor environments. Perhaps most impressive is how she succeeds in adapting her subject matter with modern art applications, implementing screenprinting mechanisms and manufactured neon paints to propel mythology from a younger world into today’s contemporary society. By doing so, she further underlines emphasizes just to the extent of how much we live with mythology even today. It is here, in her artistic process, where Soraya permits her viewers to appreciate her work, regardless of their own ethnicity. Simply put, one does not have to be Persian to understand the dynamism of her purpose of depicting a conflict borne from both internal and external states of the self.

Soraya achieves her vision through a meticulous process of reusing and recycling imagery, altering the visual foundation of her work until she is left with an original figure, steeped in history, and proudly nude (this being especially crucial given the restrictive, conservative nature of Soraya’s upbringing as a woman). As the core of each work, her figures, of whom she references all as female, are delicately placed in the center of the canvas, combating, with great success, their vivid, immensely detailed backgrounds.

In her efforts, Soraya showcases an appreciation for art history uncommon in much of contemporary art, where artists recall symbolism of the past to form a necessary dialogue within the context of the present. Viewing her works individually or in their collective whole, one can identify the saints of Michelangelo’s Renaissance in the shocking palette of Giotto; or, perhaps, the antediluvian gods from Egypt-to-Iran. Regardless of each viewer’s takeaway, Soraya’s efforts underline the value of art as a medium crossing several cultural boundaries, bringing the notion of comparative mythology, or what Carl Jung once called “the collective unconscious” into the public forum of the gallery space.

ABOUT THE ARTIST
Soraya Sharghi is an Iranian artist living and working in New York City. Sharghi creates works in diverse media, such as painting and sculpture. Her artistic aim is to create new myth and narratives using the ancient mythology including persian mythology, revolving around power. She does not see her process as emulating the scenery of these tales, but instead molds them to serve her purpose and creates extraordinary or supernatural beings. Sharghi collaborates across the history and myth and connecting them with her today personal imaginary world, creating new stories with her new characters while personally reaching for a universal language that creates dialogues spanning different social and political contests. Sharghi holds a BFA in painting from Soore Art University in Tehran, and an MFA from San Francisco Art Institute in San Francisco, California.
After she graduated she started teaching in SFAI public education. She taught studio classes with the subject of personal mythology in Painting and sculpture.

She has received several awards and residences including MFA Fellowship from San Francisco Art Institute, the Murphy & Cadogan Contemporary Art Award, the Graduate Fellowship Alternate Award from Headlands Center for the Arts, finalist for Tournesol award and Blau Gold Fellowship. Residencies including The Post Contemporary and Brush Creek foundation for the Arts. Her work has shown locally and internationally such as CICA Contemporary Museum(Czong Institute for Contemporary Art) in Korea, Today Art Museum in China, MOAH Museum in Los Angeles, Columbus Museum of Art in Ohio, Andrea Schwartz Gallery and SOMArts in San Francisco, Aaran Gallery, Mah Gallery and Fajr International Film Festival in Tehran, Iran among others.

ICONS IN TECHNICOLOR BY SORAYA SHARGHI 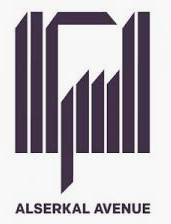