Leila Heller Gallery is pleased to present a solo exhibition by Indian conceptual artist Sudarshan Shetty (b. 1961), best known for his enigmatic sculptural installations, he has long been recognized as one of his generation’s most innovative artists. The exhibition features two distinct bodies of work ‘A Song, A Story’, and ‘The Empty Vessel’ including 2 central installations, video pieces, and works of recycled teak wood and found ceramics.

‘A Song, A Story’ comprises a two-channel film anchored by two installations of hand-carved wood —an allegory for artistic expression and the need to tell the stories we carry within us. Ostensibly, the narrative is simple, drawn from a popular South-Indian folktale, narrated by a vocalist in Braj Bhāshā (a Western Hindustani language). A woman has held on to her song and her story for far too long, and they escape her breath in rebellion. Assuming the form of a man’s umbrella and a pair of shoes, they station themselves outside her door. When her husband returns at dusk, stunned by the signs of another’s presence, he gets suspicious. Unsatisfied with her answers, he leaves the house and finds shelter in a public place. Alone, he hears voices conversing in the darkness – gradually realizing that the voices belong to the lights from different homes that are extinguished as people fall asleep. Eavesdropping on the conversation amongst the lights as they slowly brighten the darkness, he learns that the umbrella and the shoes belong to no one – they were merely the forms taken by the song and the story submerged within his wife’s silence. He brings back this story to his wife who is surprised by their provenance for once they have escaped her, she can no longer claim any knowledge or connection to them.

This story is told and retold in multiple screens – the two channels of the video as well as the television screen in front of which the woman has fallen asleep. Simultaneously, the narratives playing out across these framed spaces convey a sense of unfolding time and suspense about the potential of narrative as it comes into the world through the media of language and music. What remains unconscious to the self takes on a life of its own. The two buildings that frame the space and contain time – one domestic, the other public – contain the action but only nominally. Formally, the video creates a sense of time that confounds linearity as it places a mind, unaware of its own potential and its multiple refractions in objects, lights, and voices, at its center. The set itself, built off-site for the enactment of the performance, is brought off-screen into the gallery space, anchoring the story of the story and the song.

Within the artist’s recent trajectory, bringing together music, cinema, performance and folklore, this project clarifies different ways of grappling with the knowledge and wisdom that he believes has been taken for granted in the context of contemporary art. It draws consistently on forms that lie outside a canonical art history to question the range of understandings of time and place.

One of the most unique qualities about Shetty’s structural process is the primacy of the material. His structures are built entirely out of wood collected from second-hand wood markets, integrating the unknown stories and histories that these pieces of wood carry – something that evolved into being at the core of the works. They are also newly designed structures that are purposefully built, entirely idiosyncratic as architectural works, in that no buildings like them exist anywhere else.

In this pot of clay

are tree gardens and bowers,

inside it is their creator,

it has the seven seas and stars innumerable,

the stone to appraise the gems and their appraiser,

within it spring the wells,

within it is the music eternal.

“listen to me, my friends,” says Kabir,

“within it lives my beloved creator”

What is the relationship between an object and consciousness? Shetty showcases an installation of hybrid crockery; broken china vases and plates that have been put back together with fragments of teak, a wood that is typical of India. Called matkas, hand-made domestic pots are traditionally used to store and cool water, as well as being used in death rituals, symbolically representing the physical body; the corporeal vessel that carries life. This suite of works is an exploration of the internal states of being through memory and the familiar world of domestic objects. The underlying artifice of putting on a show of art is at the root of the exhibited works. The artist is performing a role; work is produced and displayed. By raising the question of the fragility of familiar objects and age-old customs, Sudarshan Shetty explores the possibilities of syncretism as applied to the private sphere.

‘The Empty Vessel’ concludes with Walk (2017). The hauntingly infinite fluidity of Walk’s protagonist is reminiscent of Bill Viola’s works, who similarly portrays figures on an interminable, eternal voyage in his Transfiguration Studies. The video plays on loop in what is a certainly meditative presentation. Shetty examines the gestures in the rituals of death, the gesture of simply walking away is another pointer to the futility in the making of a show, leaving behind an experience of emptiness. He considers this entire suite of works an effort at finding meaning in the emptiness that is left behind.

Born in 1961 in Mangalore, India, Sudarshan Shetty lives and works in Mumbai. Shetty initially trained as a painter, later turning to sculpture and installations which now account for all of his practice. A conceptual artist, he is renowned for his enigmatic and often mechanized sculptural installations, Shetty explores the fundamental ontological challenges presented by our immersion in a world of objects. His hybrid constructions question the fusion of Indian and Western traditions as well as exploring domestic concerns and the notion of movement. His installations are developed around a rigorous grammar of materials, mechanical exposure and unlikely juxtapositions of things that may belong to culturally distinct spheres. Moreover, Shetty’s object language eschews narrative as well as established symbolism. 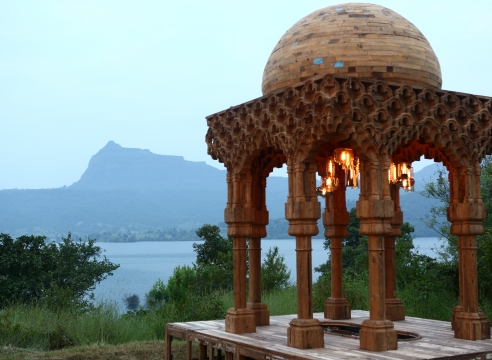 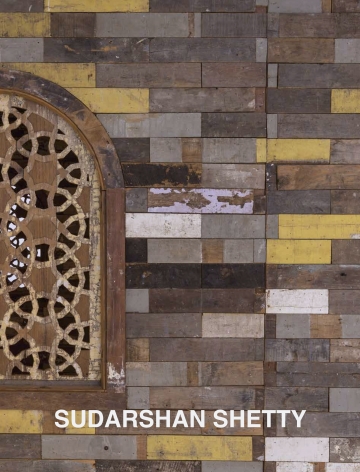