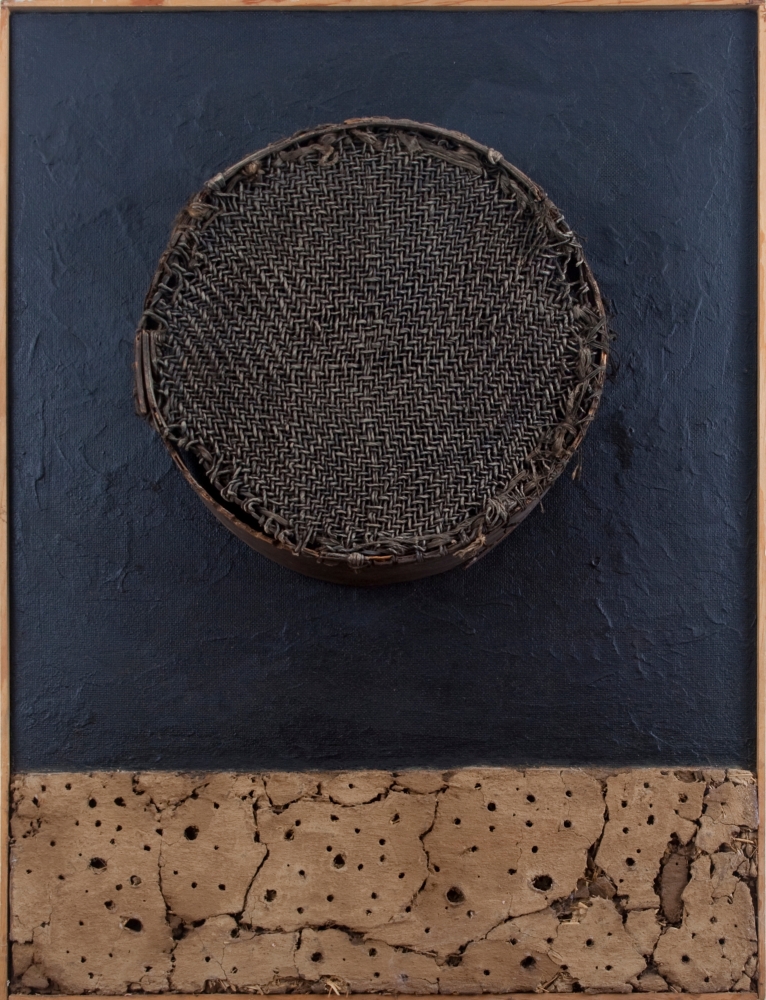 Marcos Grigorian was born in Russia in 1925 and passed away in Armenia in 2007. During his life, he lived in Iran, Italy, the US, and Armenia. In the late 1950s, he became one of the first artists to commemorate the Holocaust with a series of murals titled “The Gates of Auschwitz.” He called the work as “a 120 feet long cry of horror.” Grigorian was an artist, a curator, a collector, a teacher, and an actor – leaving an incredible mark on the visual culture of the twentieth century. Grigorian’s art is in the permanent collections of the Museum of Modern Art (MoMA), the Metropolitan Museum of Art, Tate Modern, the British Museum, the Grey Gallery of NYU, the Tehran Museum of Contemporary Art, the National Gallery, the Near East Museum in Armenia, and the Nelson Rockefeller Collection.

Mixed media and soil on canvas

Acrylic And Glazed Bread On Burlap

Persian bread, stones and resin on earth, compound on burlap