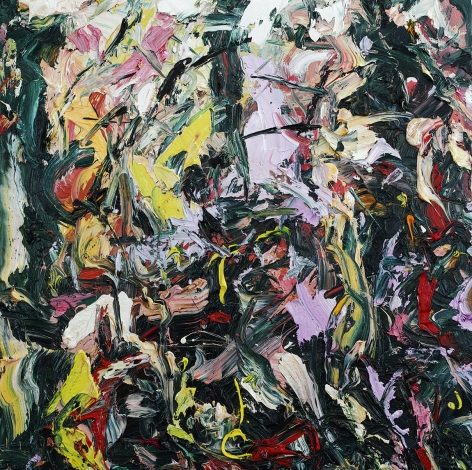 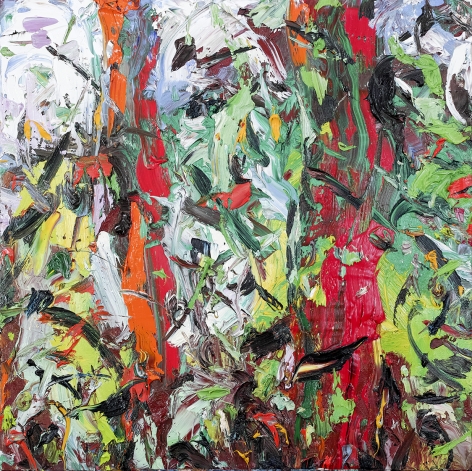 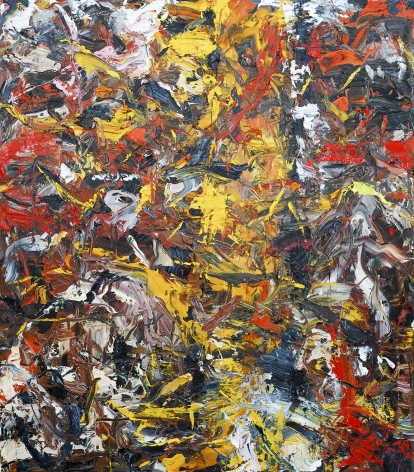 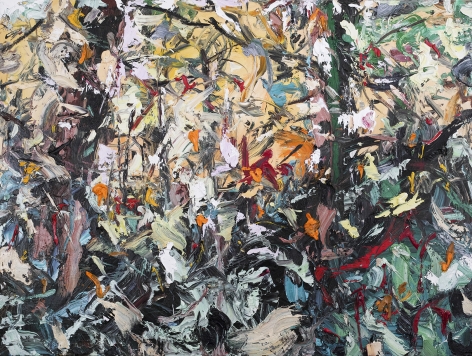 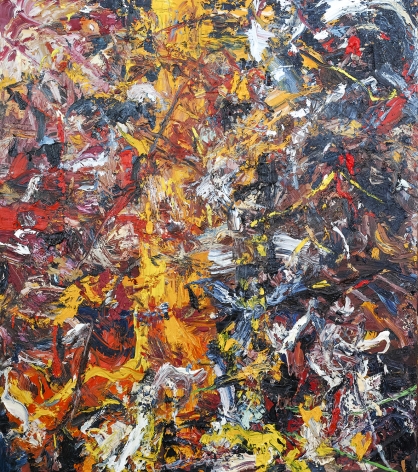 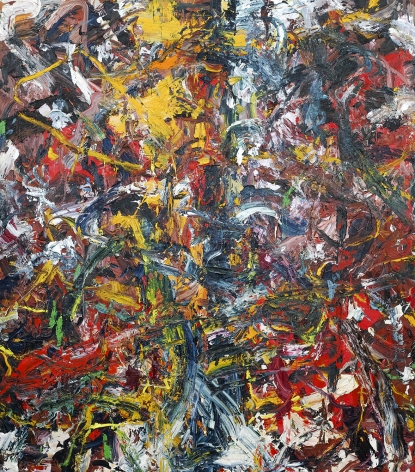 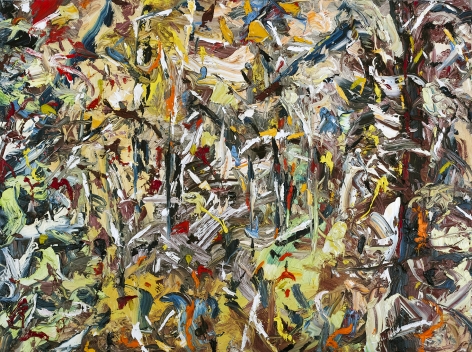 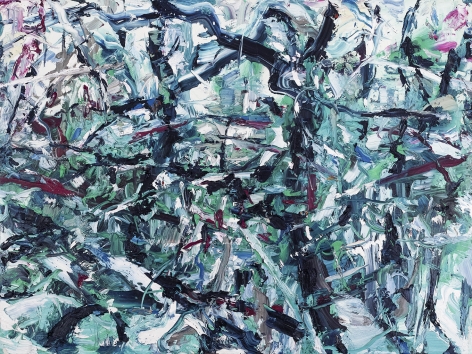 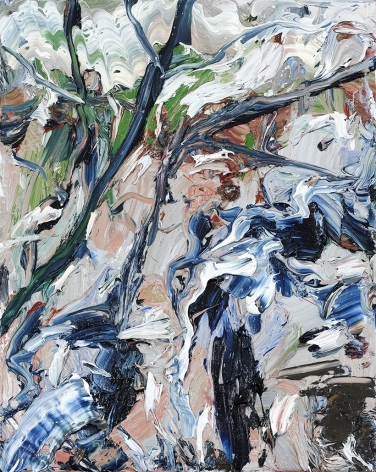 With strong brushstrokes and vivid colours, Marwan Sahmarani’s practice reflects on the increasing political turmoil and tension felt throughout his native Lebanon. He explores the cyclical patterns of violent history manifesting throughout the Middle East so that what persists in his practice is an expressive exploration of violence – of feeling, bodily motion, nature and its man-made counterpart. The conflict between inner and outer is central, but the real crux of his inquiry is deceivingly simple: how two people can arrive at a point where they attempt to destroy each other. This appetite for destruction spans human history, and it is our failure to transcend this annihilating force that continues to haunt Sahmarani. His works attempt to interrogate this failure, while also endeavoring to explore the raw emotions at the heart of violence.

In his landscape paintings created in the mountain village of Tarbena Spain, looser brush strokes dissolve into symphonies of colour in order to the capture the exuberance within nature. This transition in location, from urban to rural, has transformed his work into what he identifies as more personal and more intense. Ultimately, it has prompted a focus on the act of painting itself, leading to what he described as a “fleshy” use of thick layers of paint in order to depict an interplay of gesture, movement, texture, and colour evoking the collective unconsciousness. What emerges from the landscape work in this context is the connection between violence and expressivity: how the brutality of nature shows a primal energy of the elements, especially when compared to its man-made counterpart.

Born in Beirut (1970) and based between Beirut and Spain, Marwan Sahmarani has participated in a variety of Solo and Group Exhibitions in Europe, North America and the Middle East.

What To Do this Month in Dubai & Abu Dhabi

Marwan Sahmarani’s recent series of abstract paintings are inspired by contemporary socio-political events, and by nature